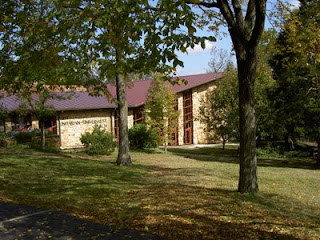 On January 22nd, voters in Nashville, TN, defeated an amendment that would have made Nashville the largest municipality in the United States to pass an English-only ordinance. Members of the First Unitarian Universalist Church of Nashville (FUUN, pictured at right) joined forces with a broad-based coalition, Nashville for All of Us, and its subgroup, Faith Leaders for All of Us, to defeat this amendment, which would have violated the human rights of many residents in Nashville and surrounding Davidson County.

Members of FUUN were active in helping spread the word and getting out the vote. 5th and 6th grade members of the congregation discussed the issue in their Sunday morning Religious Education class, and then wrote letters that were published in the church newsletter, The Fireside, and mailed the letters to The Tennessean. See below to read their letters, reprinted from The Fireside.

Many thanks to Tanya Surawicz, co-chair of FUUN’s Social justice Committee, Marguerite Mills, FUUN’s Director of Religious Education, and the youth of FUUN for this news item!

I think that English should not be the only spoken language in Davidson County because it is not fair for those who are from different countries, and can not pay for the education to learn English. Also, in the Declaration of Independence it says, “All men are created equal.” If this is passed, it goes against the Declaration of Independence. In the Universal Declaration of Human Rights it says, “Everyone is entitled to all the rights and freedoms set forth in this Declaration, without distinction of any kind, such as race, color, sex, language, religion, political or other opinion, national or social origin, property, birth, or other status.” If the English only amendment is passed, it would go against this to.

It has come to my attention that a law has been made to declare English the main language in Davidson County. My UU class and I oppose this idea. What about immigrants? Those foreign people who have a good idea and cannot understand English would not be able to communicate it. Please try not to pass this law.

I believe that an English-only law should not be passed in Davidson County. This would harm the United States. We are the most united country in the world. We shouldn’t discriminate [against] others just because they don’t speak English. The declaration states that “all men are created equal.” We are the country where many immigrants [come] to in search of freedom, their only chance of hope. How do you expect those who are less fortunate and can’t afford to get a translator to move here and survive this way??? We live in the United States, we are united, we are 1. This can only be true if we truly are 1, we are accepting of others even if they look different, believe differently, or speak a different language.

I hope you will consider this letter. Thank-you for your time!

To learn more about the defeat of the English-only ordinance in Nashville, see Nashville Speaks up: English Only soundly defeated from The City Paper of Nashville.