When I attended my first Let Justice Roll Living Wage Campaign meeting after the 2004 election we were asked to raise our hands if we knew what the federal minimum wage was, and if we knew what the minimum wage was in our state. I was mortified that I did not know but felt slightly better seeing that many of the other denominational advocacy staff did not know either. The people in the room that did know were organizers from ACORN, Jobs with Justice, and the Let Justice Roll Living Wage organizers.

My experience was pretty typical for a middle-class, middle-aged, white person. I haven’t known what the minimum wage is since I worked for it myself as a teenager and later when I worked as a community organizer in low-income communities. (If my son was old enough to work after school I may have known!)

In any case, the experience demonstrated sharply for me how those of us doing advocacy work can get pretty out of touch with the realities of poverty and oppression in our country. I mean we know it exists, but start doing the math of living on $6.55/hour and it breaks your heart.

Through the UUA’s partnership with the UUSC on the Let Justice Roll Living Wage Campaign, I have learned who low-wage workers really are and what they are facing.

It would take a $10.08 minimum wage now to match the buying power of the minimum wage in 1968—four decades ago.

I’m proud that the UUA and UUSC are working in solidarity with low-wage workers and their families. Through our joint efforts we have connected with congregations already doing living wage work and encouraged others to get involved. Hundreds of UUs participated in the Let Justice Roll Campaign to raise the federal minimum wage for the first time in ten years in 2007. Now Let Justice Roll is working again to get closer to a living wage with another raise to $10 in 2010 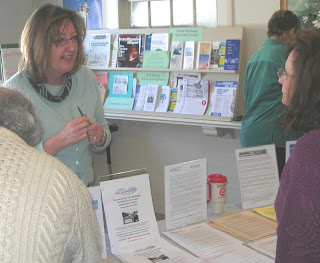 UUA President Rev. William Sinkford’s Op Ed about the $10 in 2010 Campaign is inspiring and informative. It was run in several African American weekly newspapers over the Martin Luther King, Jr. holiday and on several progressive websites. See Hope and Change for Low-Wage Workers.

I’m also inspired by what our congregations are doing. See reports on President Sinkford’s Living Wage Sunday at the UU Church of Nashua NH on Sunday, January 25th and